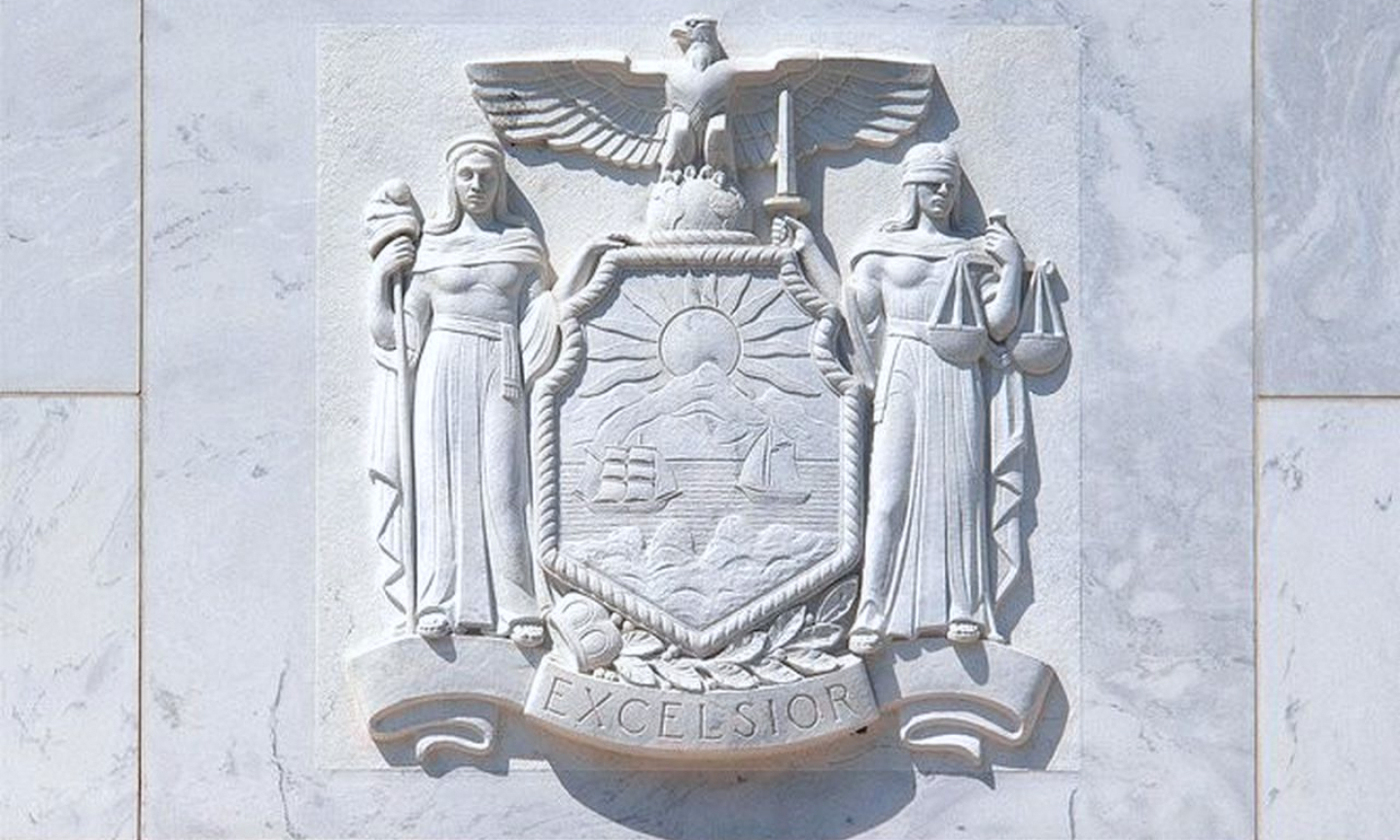 Pete Meringolo grew up in Manhattan's Little Italy.  He enlisted in the Army in August 1968, and served in the Vietnam War.  Promoted to Sergeant while in Vietnam, he received five medals for combat action while assigned to the 82nd Airborne Combat Infantry Unit.  A disabled Vietnam Veteran, he is extremely proud of his service to his country.

He started his career in the Department of Correction in 1972.  Ten years later he was promoted to Captain.  In 1987, he was named Operations Captain of the Department's Emergency Response Unit.  The unit, under Pete's command, was responsible for restoring order during two major jail disturbances.  In each instance, he was awarded the Department’s Exceptional Merit medal for his leadership and actions.

His involvement with the Correction Captains’ Association began soon after his promotion, when he was elected union delegate, and in 1991, he was elected president.  He was known for his aggressiveness in obtaining all he could for his members.   He retired from the New York City Department of Corrections in March 2007 following more than 35 years of service.

In 2000, he was elected Chairman of the New York State Public Employee Conference, an organization that has now grown under his leadership to more than 80 unions, representing a wide spectrum of hardworking public employees in all titles.  During his tenure as Chairman, Pete and PEC's legislative team spearheaded the 9/11 Presumptive Disability Law.  This landmark legislation, enacted in June 2005, protects those public employees – and their survivors – who responded and were affected by September 11th.   This is by far the most significant piece of legislation enacted in the Conference's 43-year history.   Following his retirement in 2007, Pete has continued to be re-elected as chairman of the Conference.

No stranger to controversy, Pete is called upon by the press to offer labor's position on a variety of issues; and has been an invited speaker at many conferences and conventions.   He represents the public employees well at New York's highest political offices, frequently appearing before all levels of New York government.

Pete’s political acumen has been honed in the field and he remains one of the best in the business, well respected on both sides of the aisle.  He has, on behalf of PEC, been instrumental in successful resolution of numerous issues and legislative initiatives that have expanded the quality of life for countless New York public sector workers and their families.   He is extremely proud to have been entrusted with leading the New York State Public Employee Conference’s effective advocacy and strong voice in Albany.

Joseph Mannion was born in Queens, his family relocated to Nassau County Long Island in 1970. He currently resides in North Bellmore, Long Island with his wife Bonnie. They have two sons, three granddaughters and a fourth grandchild on the way.

Joseph received his Associates Degree for Business Management in 1976. He attained the position of Buyer/Department Manager for the Mays Department Store chain where he worked for seven years. He spent a short period living in California until he was called by the New York City Department of Sanitation and was hired in September 1981.

Joseph rose through the ranks very quickly. He was promoted to Supervisor in June of 1986 and his current rank of General Superintendent Level 1 in October 1990.

In 1993, Joseph decided to run for President of the Sanitation Officers Association, SEIU Local 444. Upon his successful election to President and subsequent six unopposed re-elections, he is currently in the 27th year of his Presidency.

Joseph has negotiated successfully many contracts with the City of New York under the Giuliani, Bloomberg and now the de Blasio Administrations. He was part of the 2001 Uniformed Coalition, one of his most memorable rounds of bargaining. Joseph feels that the past several rounds were his most successful. He was able to negotiate seven full time release positions as Business Agents to serve the membership face to face at a moments notice. Their success speaks for itself. He negotiated Dr. Martin Luther Kings’ birthday as a paid holiday that best suited his membership and was able to correct many of the forced injustices that were done in past contracts to his members. He negotiated a new benefit for his Retirees that he believes will be a template for other Unions to follow in future rounds.

Personally, Joseph also is a dedicated husband, father and grandfather. Joseph and his wife Bonnie celebrated their 36th wedding anniversary in May of this year. He makes sure he saves quality time for his loving family. He tries to instill in his children the importance of values and love for God, Family and this great Country. He is also very proud of his sons’ accomplishments in Boy Scouts: Joseph Jr. became an Eagle Scout on October 12, 2004 and Michael on September 11, 2006 who also earned three palms before his 18th birthday. Joseph Jr. graduated from SUNY Cortland with two Majors and has done his internship in Dublin, Ireland during the summer of 2008. Joseph continued at CW Post completing his Masters.  Michael graduated from Hofstra University, majoring in Accounting. Michael was awarded the Hofstra “Presidents Award” Scholarship.

1973 - Appointed to the Hempstead Police Department.

2007 - present - Serves as Legislative Chairman of the National Association of Police Organizations.

2007 - present - Currently serves as President of the Police Conference of New York.

Christopher Erikson was born in Flushing, New York on August 24, 1955.  He was accepted into Local 3’s Electrical Apprenticeship in July of 1975. During his apprenticeship, he enrolled in the Harry Van Arsdale Jr. Center for Labor Studies and earned SUNY Associate and Bachelor of Science Degrees in Labor/Management Relations. In March of 1989, Mr. Erikson was appointed a Local 3 Business Representative responsible for the Maintenance Division by Business Manager Thomas Van Arsdale.

On July 13, 2000, he was appointed Assistant Business Manager of Local 3's Maintenance Department.  He has successfully negotiated over 150 collective bargaining agreements, resulting in improved pensions and benefits that provide a higher degree of security for tens of thousands of Local 3 members. He serves on the Executive Boards of the NYC Building and Construction Trades Council, and the NYC Central Labor Council, is a Delegate to the NY Hotel Trades Council, serves as Chairman of the Madison Square Garden Labor Committee and a Director of the Harry Van Arsdale Jr. Memorial Association. Christopher is also President of the NY State Allied Printing Trades Council.  He is a member of the Asian Pacific American Labor Alliance (APALA), the IBEW Minority Caucus, and the NAACP.

Upon the resignation of Thomas Van Arsdale on October 10, 2006, Christopher Erikson was elected by the Executive Board to fill the position of Business Manager.  He has been re-elected every term since.

He has been honored by various union and political organizations including theState of Israel Bonds, and the NAACP.  He is a recipient of the 2008 Ellis Island Medal of Honor award, the 2009 Construction & Transportation Industry Good Scout Award, the 2009 APEC Green Living award; he also received the 2011 Lifetime Achievement Award from the Electrical Workers Minority Caucus (EWMC) and the “Human Rights Award” from the Jewish Labor Committee.  In 2017, Christopher was awarded the Movement Builders Award by ALIGN: The Alliance for a Greater New York.

Christopher Erikson, a proud Trade Unionist, has been married to his wife Denise for more than 30 years. They have four sons: Christopher Jr., Robert, Nicholas, and Thomas, and one granddaughter, Madeline Ann Erikson.

In 1968, Lou was elected PBA Delegate, and in 1977, he was elected to a full time position with the PBA, the largest police union in the United States. Over the subsequent 23 years, he held the position of Trustee, Chairman of the Board of Trustees, Recording Secretary, Treasurer and President.

During his tenure, Lou served on numerous labor-management committees, such as the Rules, the Grievance, and the Negotiating committees. He also co-chaired the Police Merger Committee with then-Commissioner William Bratton, to ensure a smooth and successful merger of the NYC Transit and NYC Housing Police Department when they were merged into the NYPD.

From 1978 until his retirement in 1999, Lou served on the multi-billion dollar Police Pension Board, which is charged with the prime fiduciary responsibility for police-related disabilities and the investment and management of pension funds.

Lou is also on the Board of Directors of COP-SHOT, the program that offers cash rewards for information leading to the arrest and conviction of anyone who shoots or shoots at an NYPD police officer or officers of various other departments.

He also served as Chairman of New York State Public Employee Conference of the State of New York, which has hundreds of thousands of members.

In his position as Legislative Director, Lou played a key role in the passage of laws that protect the health and welfare benefits of municipal workers who become ill because of their work related to the World Trade Center attacks and rescue and recovery efforts. In 2006, Lou was appointed to the Governor's September 11th Worker Protection Task Force, which is specifically charged with investigating and recommending changes to the 9/11 Disability legislation, and serves as its Vice- Chairman.

Lou Matarazzo is a role model for public sector labor leaders, and has been advocating tenaciously in behalf of law enforcement and public employees for more than a half century!

Bing Markee is president and CEO of Bing Markee & Company, Inc., an Albany, New York, firm incorporated in 2006. Headquartered in downtown Albany, the firm specializes in and concentrates on legislative advocacy at the state level in New York. 2022 marks the sixteenth year Bing has worked as a full-time registered lobbyist, after advocating for his former union members and other law enforcement officers, and public employees in general, for many years. He prides himself in never having missed a single scheduled New York State legislative session day since 2006. He currently represents:

•               The Police Conference of New York (PCNY), an umbrella organization which is the largest police organization in the state, comprising scores of law enforcement groups representing more than 50,000 police officers from the majority of the major police unions in the State ofNew York. Bing is the Legislative Director, and is their paid lobbyist

•               The Sanitation Officers’ Association, Local 444, SEIU (NYCSOA), a union of supervisory officers of the Department of Sanitation of the City of New York. Bing is their Legislative Director and paid lobbyist

•               The New York State Public Employee Conference (NYSPEC), an umbrella organization comprising more than 80 public sector unions and organizations with hundreds of thousands of members. Bing is the Legislative Committee Chair, and lobbies pro bono publico for the Conference

In January 2007 Bing retired from the Port Authority (of New York and New Jersey) Police Department, where he was a Police Officer for more than 35 years. He served on the Executive Board of the Port Authority Police Benevolent Association as an elected official for more than 27 years, including a full term as its President. He served as Chair of the Legislative and Pension Committee for the Port Authority PBA from 1993-2006. He served as Sergeant-at-Arms for the Police Conference of New York for 15 years. He also served for many years as Vice President At-Large, and as a member of the Legislative Committee, for the National Association of Police Organizations.

Following the 9/11 attack, Bing was appointed Chair of the 9/11 Committee of the New York State Public Employee Conference. For several years he served as Co-Chair, with the venerable Floyd Holloway, of the NYSPEC Legislative Committee, and has served as its sole Chair since January 2007.

Born in Manhattan, raised in the South Bronx and then Queens, he is a “born-and-bred New York City boy”. At the age of 18, during the Vietnam War, he enlisted in the United States Marine Corps, and is an honorably discharged combat veteran. He is a proud Life Member of the following organizations: Disabled American Veterans, Marine Corps League, Vietnam Veterans of America, and Veterans of Foreign Wars.

He has a baccalaureate degree from SUNY’s Empire State College, where he majored in Labor Studies.

A proud and loving Father and Grandfather, Bing lives happily ever after with none of his ex-wives.